I was checking out for a rich GUI for Git on Linux. As of late, I have started using it a lot and find that even though command-line is very useful, I would still want a GUI at my disposal since I am not still very much aware with the advanced features.

Now let me tell how I want a foo-Git-GUI to look like:

Is there any Git GUI which looks like the above example I posted above?

I find myself using mainly gitg in combination with the command line for more complicated tasks.

Recently, a new version 0.3.2 has been released, which is a rewrite using Vala. It’s not yet feature-complete compared to the old 0.2 series, but the refactor is expected to speed up future development.

Also, there are normally PPAS on Launchpad which contain a more up-to-date version than the standard repository. 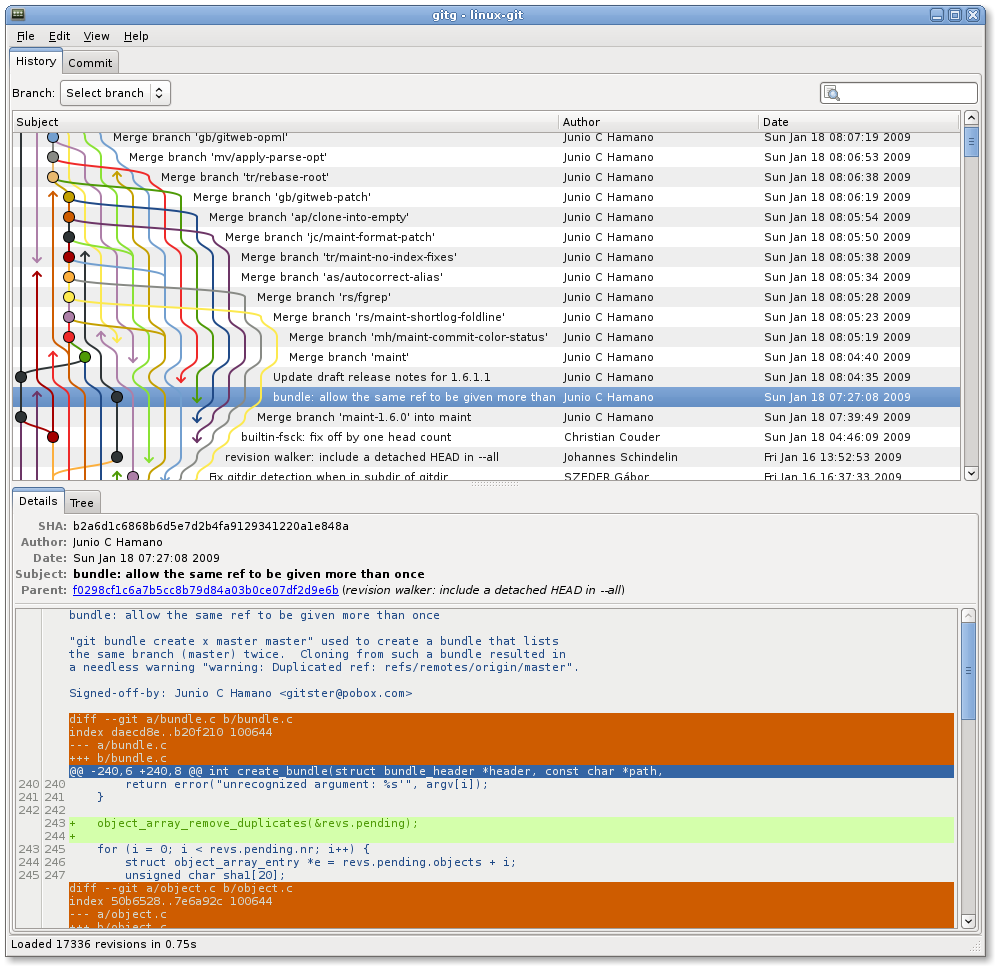 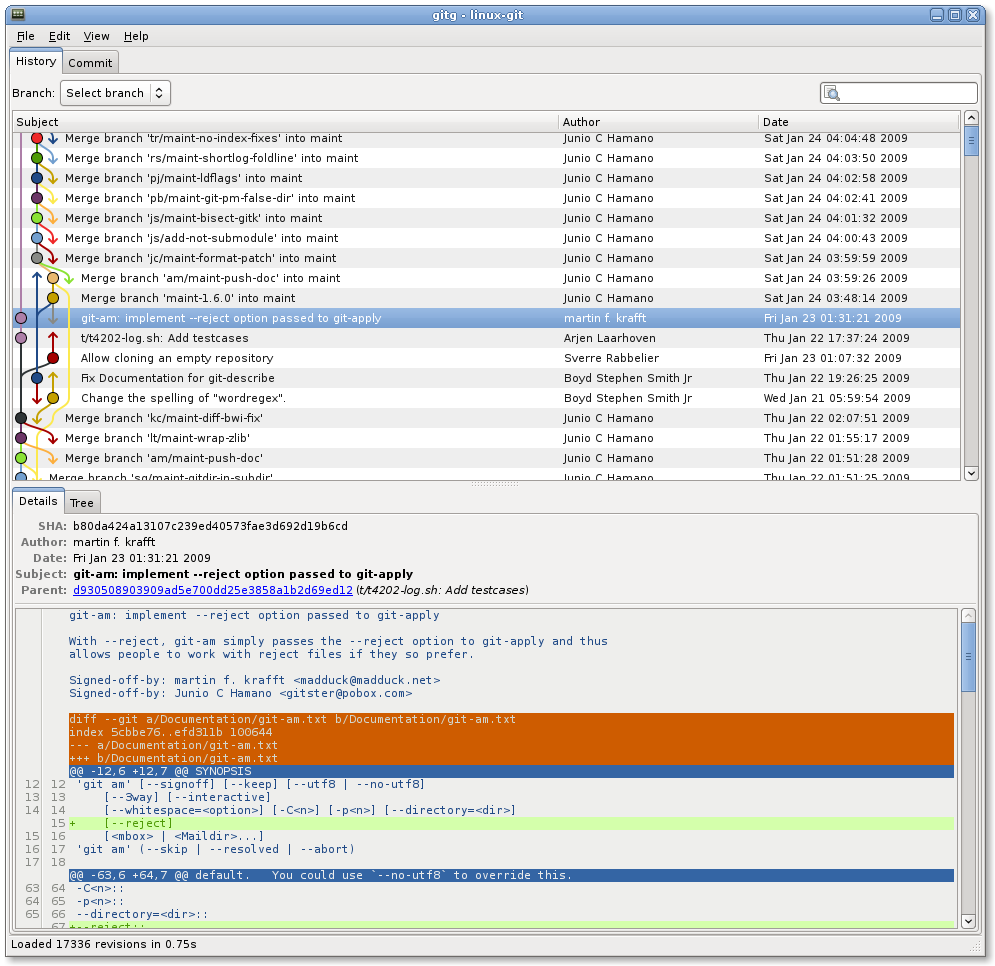