Really frustrating issue: i’m trying to install and run Android Studio on Windows 11, but every time I open it I get a message that some broken proxy setting is preventing the Android SDK from being downloaded. I’m not using a proxy at all as far as I know.

I’ve read lots of posts explaining that it’s a Windows Firewall issue, but nothing I’ve tried has worked. What I’ve tried so far:

Nothing has worked. I see this user here faced my exact issue and they said they were able to fix it by "relaxing restrictions with Windows Firewall". I’m not sure what that means beyond what I’ve already tried.

As far as I know I’m not actively connecting to the internet on my machine via any Proxies or VPNs. Maybe my torrenting software changed settings somewhere? It’s just strange because I’ve never had this issue before, even with torrenting software running/installed.

What should I do to get Android Studio to correctly download the Android SDK? 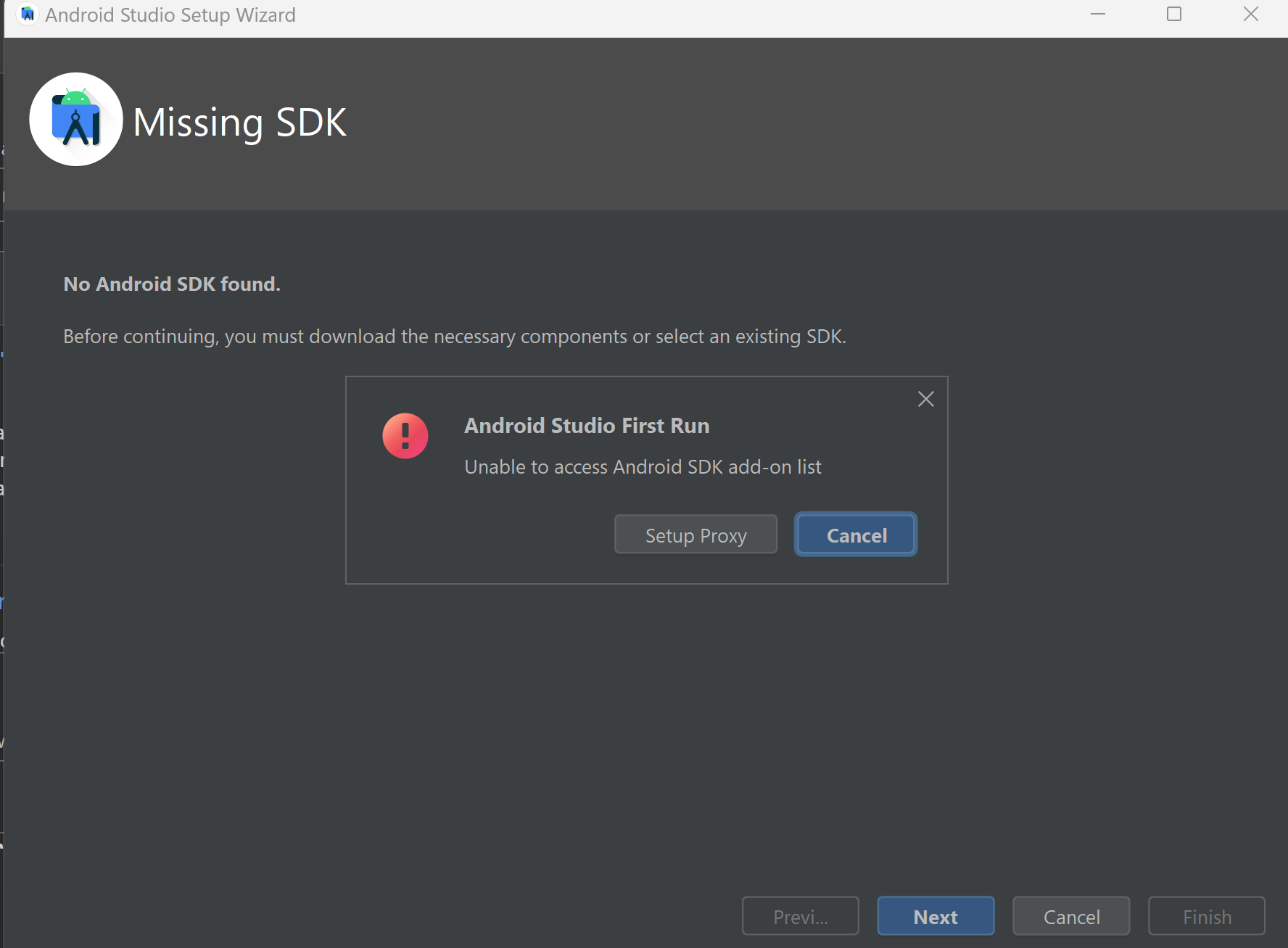 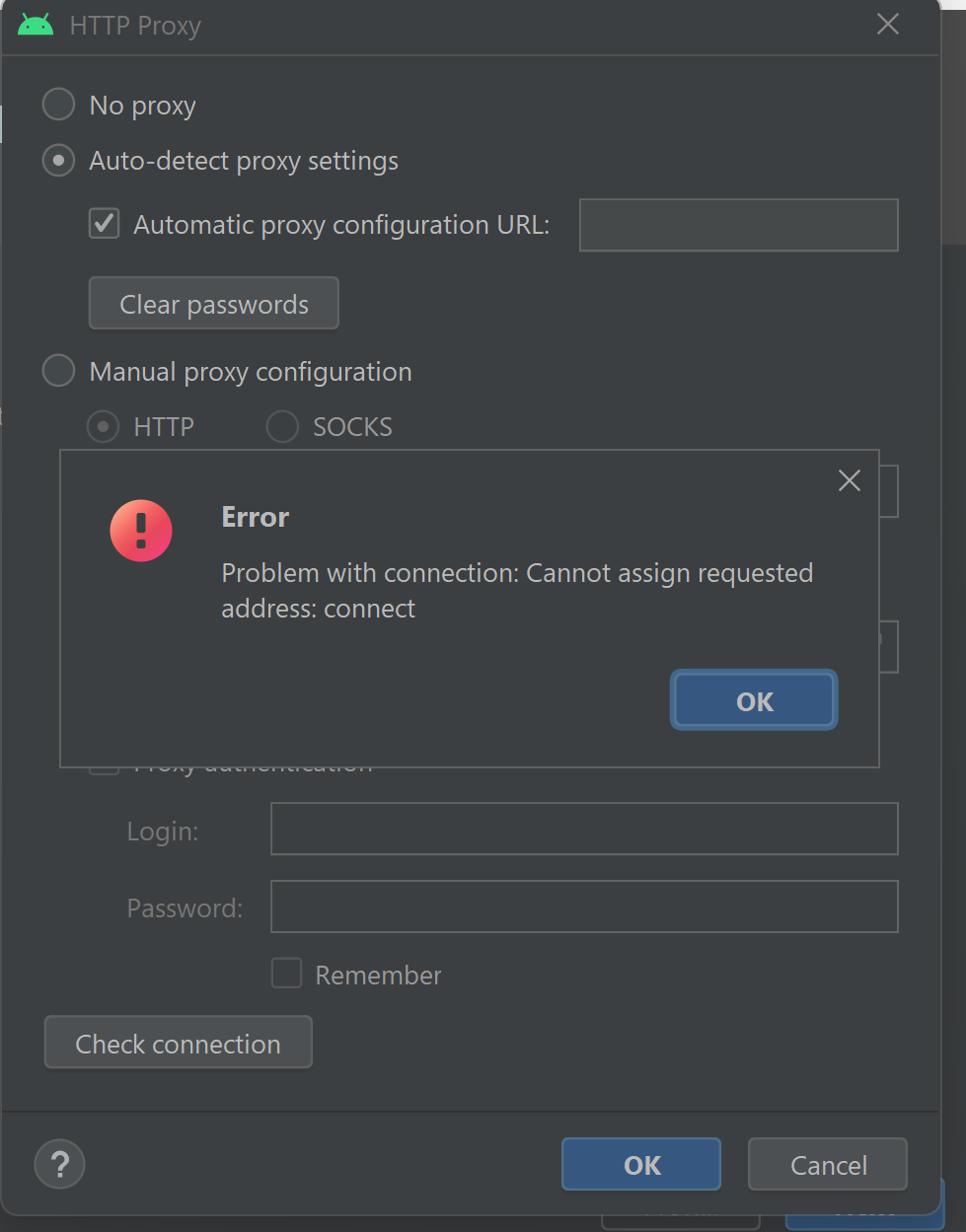 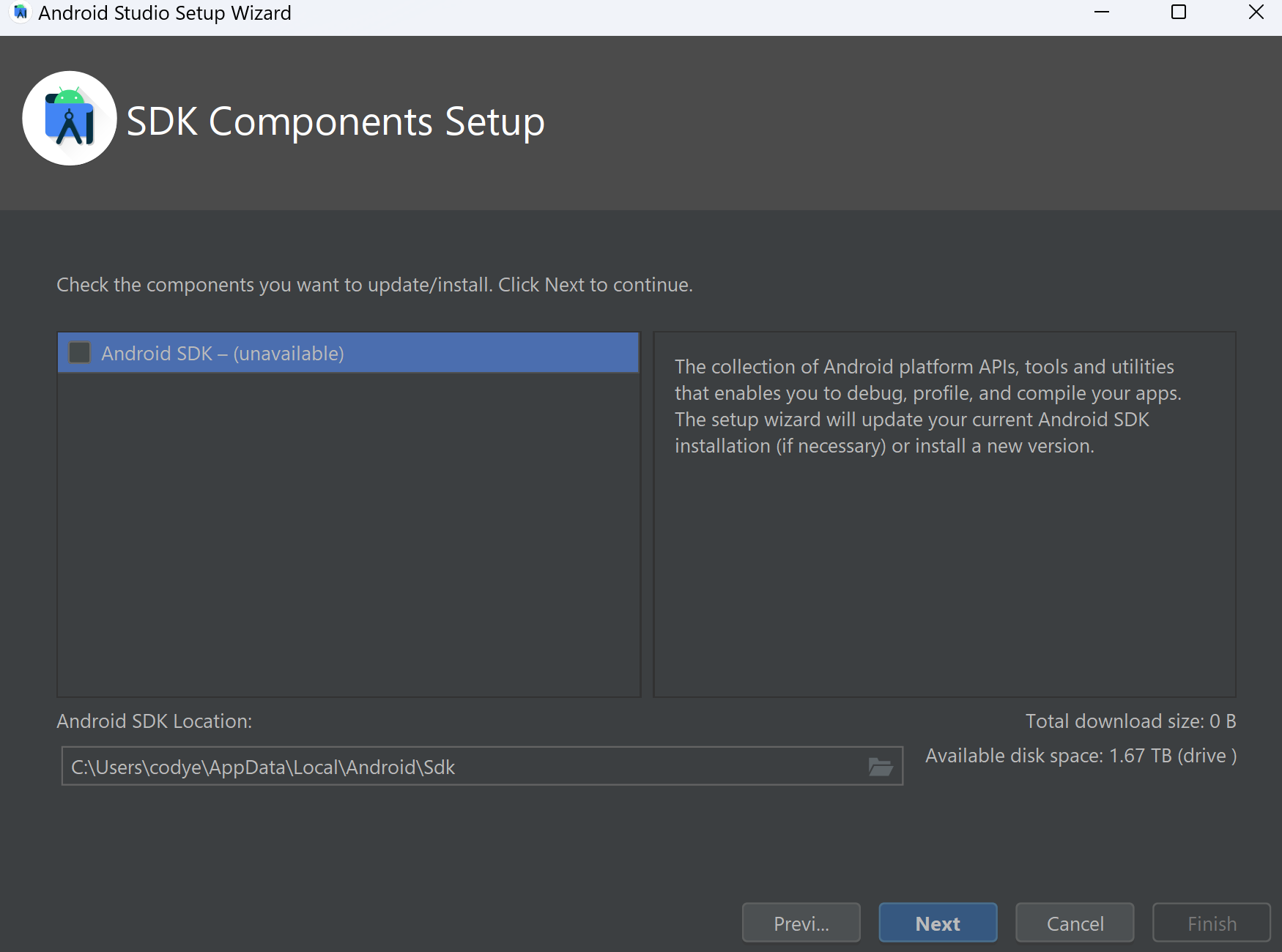 After trying all kinds of network resets, connecting to alternative networks, etc., I was able to fix the issue by resetting Windows to factory settings.

After that, I downloaded and installed Android Studio and it was able to automatically downloaded the SDK during the first-run with no issues.