I have a git repo with two branches: kristof (my name) and master.

I messed something up. When running gitk, I can see the following: 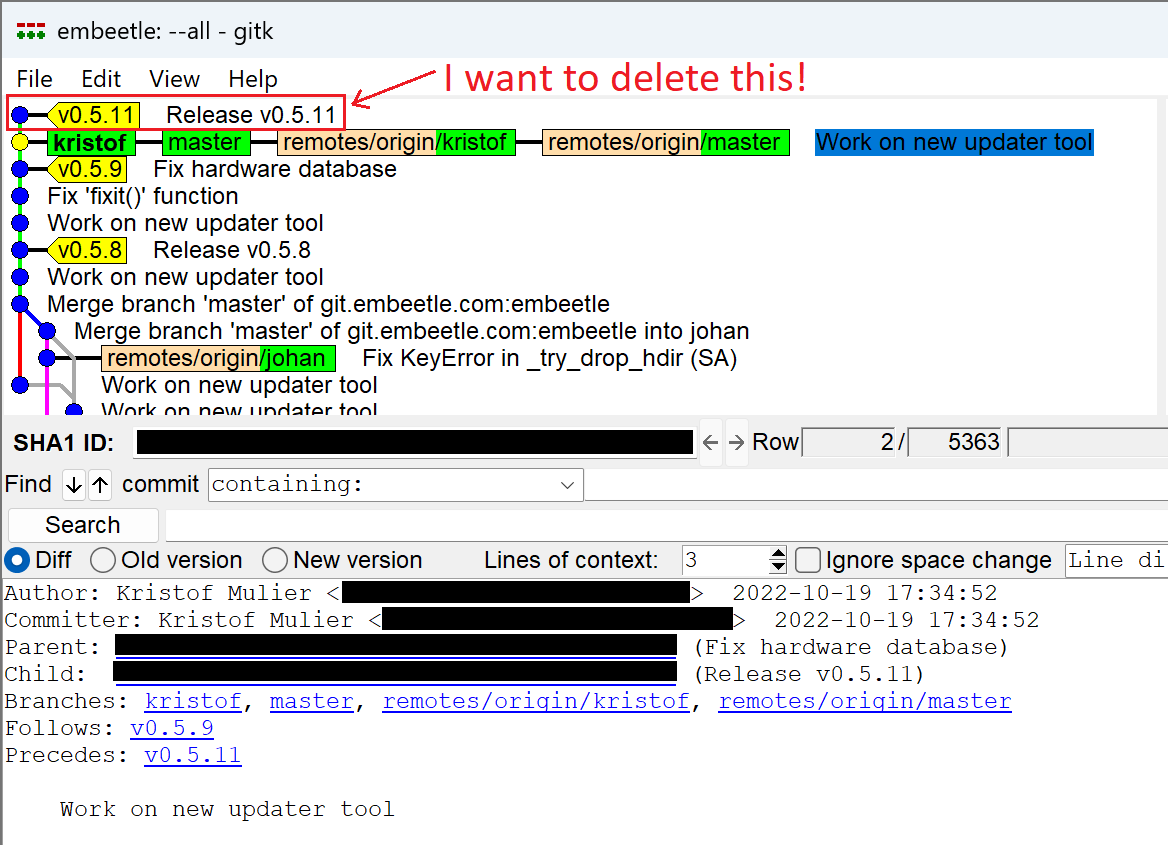 As you can see, there is a commit (already pushed remotely) at the top, with a tag v0.5.11. It was a mistake, and I simply want to delete that commit and its tag alltogether.

I tried a few things, but it only got worse. Now, when I checkout into that commit (by using its SHA1 ID, which I just represent here ending in ‘XXXX’ for safety reasons), this is what I get:

How do I delete that commit (and its tag) completely from the whole history?

EDIT 1
Thank you for the tip @rafathasan! However, now I see this: 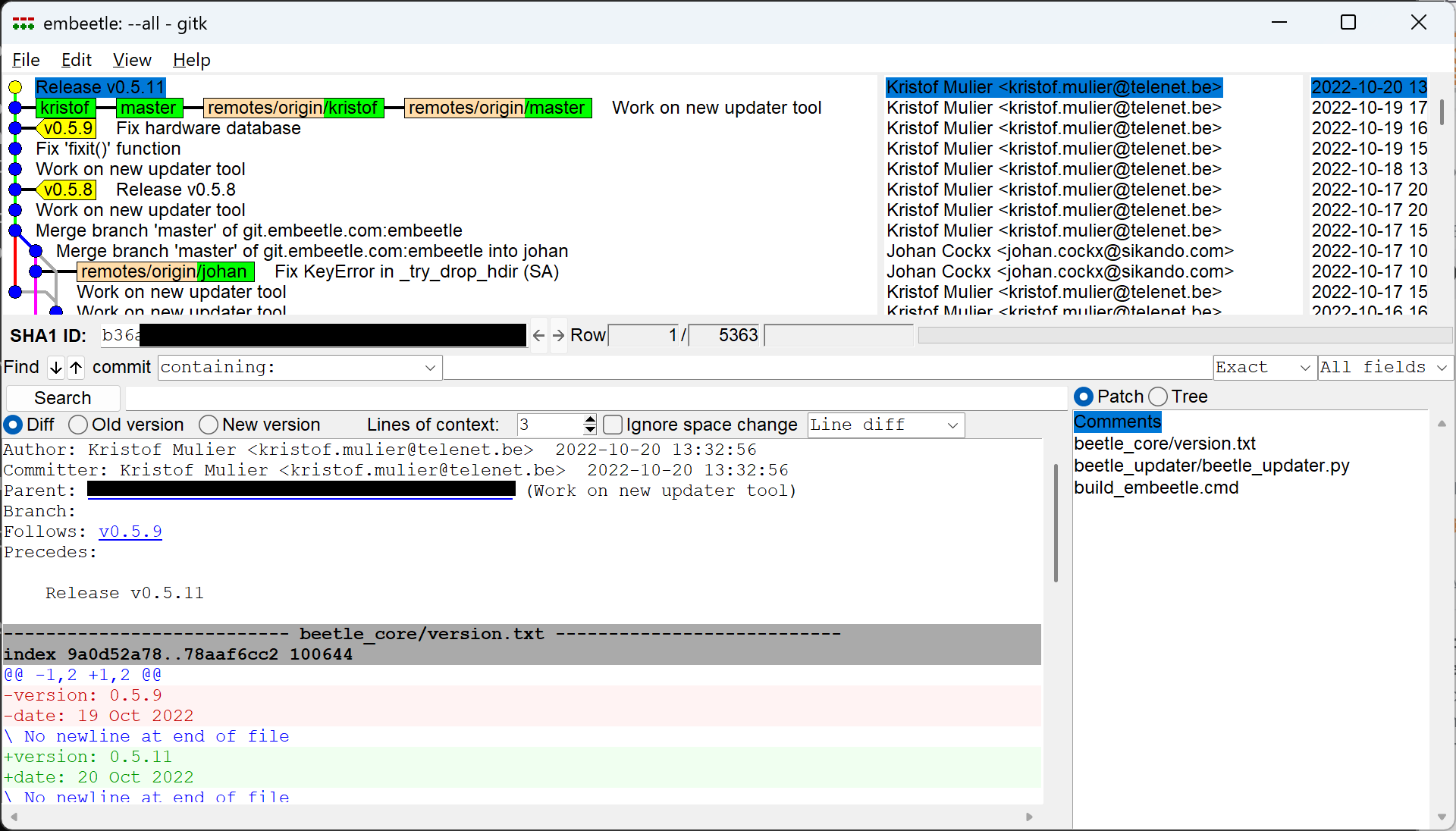 EDIT 2
Thank you for the tips @torek. Indeed, after checking out in another branch, the commit I wanted to delete is gone. At least, it doesn’t show up in gitk anymore. I did a git prune then, to cleanup the git repo:

Anyhow, I’ll consider the issue solved. Thanks for the help!

EDIT 3
I just noticed the following comment from @LeGEC:

If the tag was pushed: the OP will also need to delete the remote tag : git push origin -d v0.5.11

So I followed this advice:

Thanks for letting me know!

After all this, just because I’m a little paranoid, I ran the following command:

The command is still running, now more than an hour…

The detached head is labeled with a tag. Here how to delete it: