I have updated Cordova Android to the latest (10.1.1) and now when I build I get:

I have the following reported when I start the build:

I upgraded Android Studio,dowloaded SDK’s etc, and started a new project after reading elsewhere this may update the build tools. This did make a difference, as originally the error reported installed version was 29.0.2 and now it is 30.0.2, but something is looking for 30.0.3.

The version 30.0.3 is coming from the file platforms\android\cdv-gradle-config.json, and I have the following folders in `C:\Users\peter\AppData\Local\Android\sdk\build-tools.. 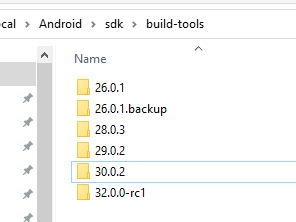 I cannot see how to get 30.0.3, when I look at https://developer.android.com/studio/releases/build-tools#groovy I don’t see this version

Why might this config have this version, or where I can get this version of the build tools?

In Android Studio, I could see and install it from here… 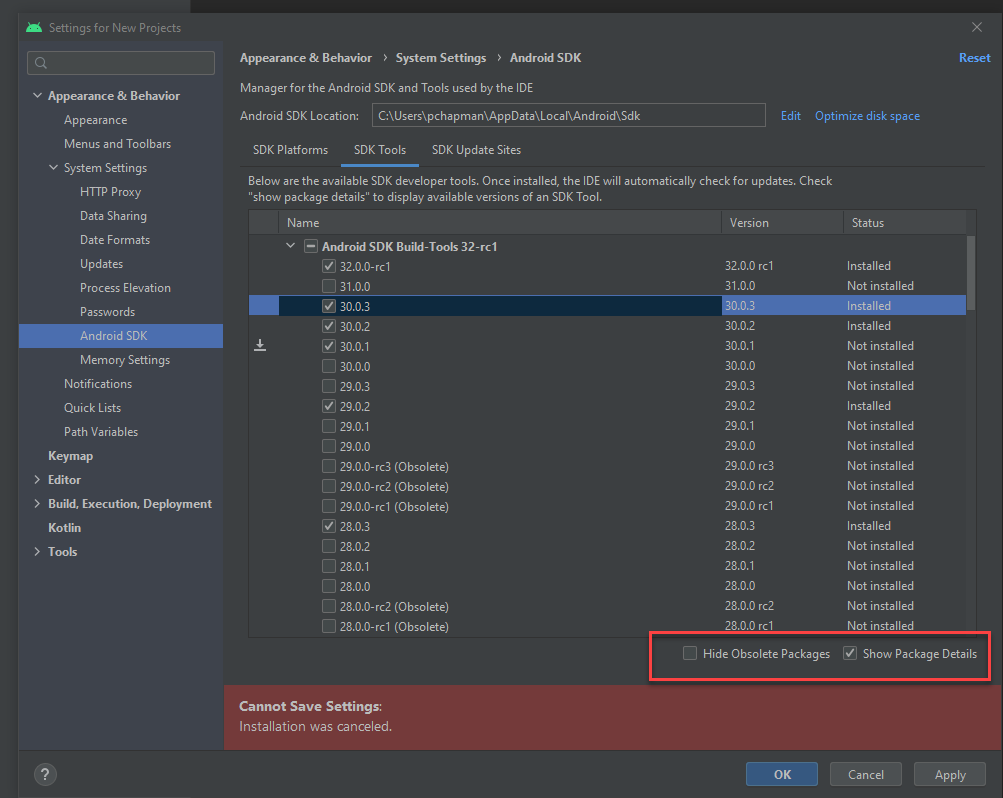 After this, and then also having to remove the whitelist plugin (it is not required any more), I could get it to build.

Only hassle now is it outs to a .aab and not an .apk so side load testing now harder. But the main issue, the building is now working (on Windows PC).. Now hopefully can do the same on the Mac.