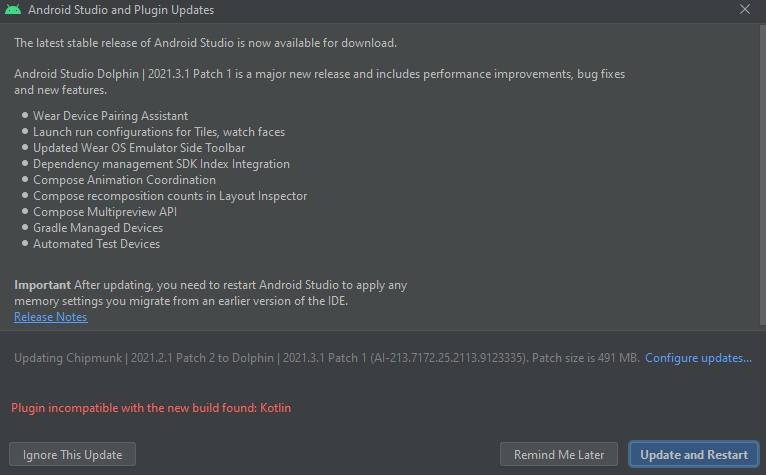 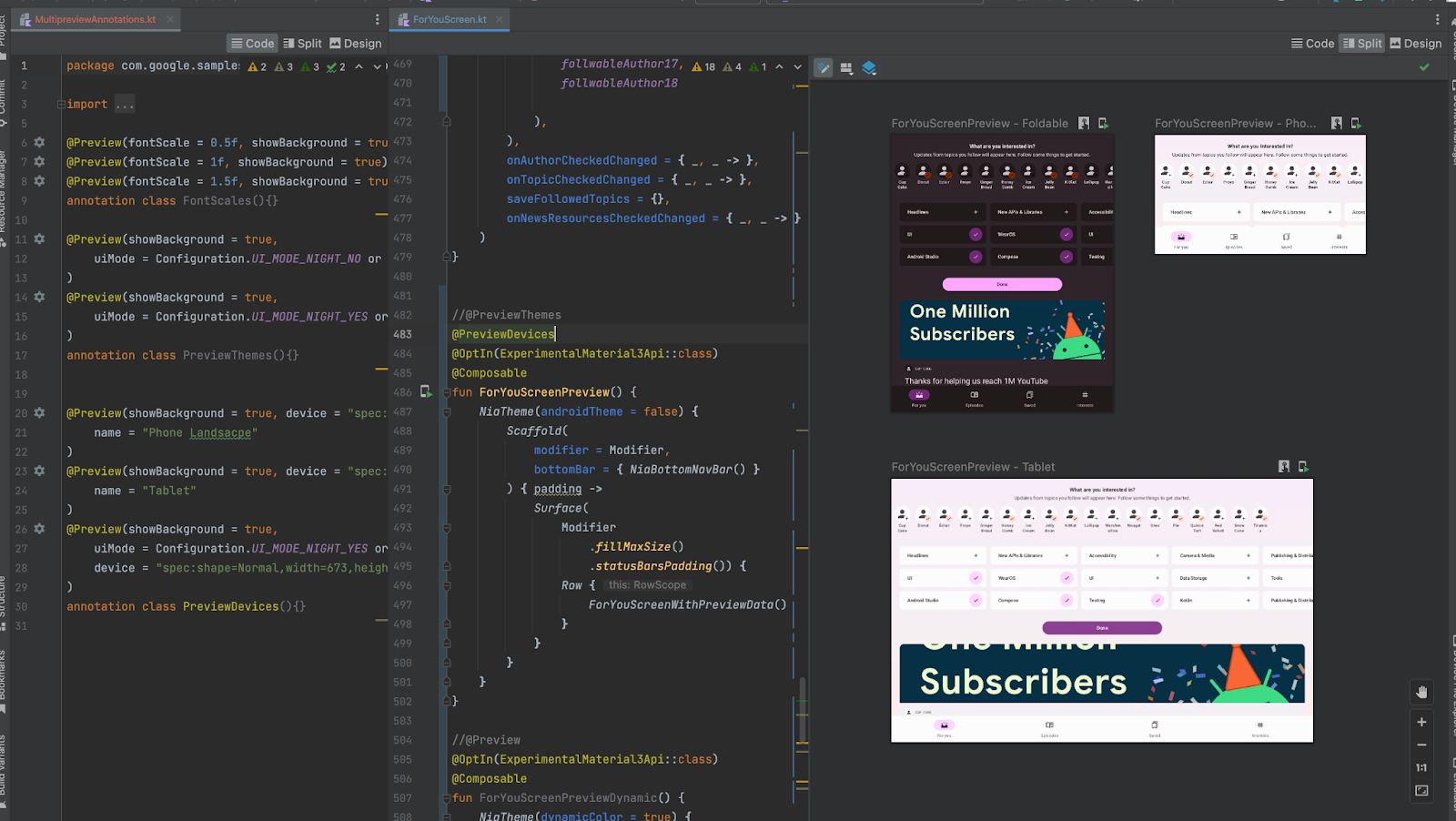 Should I update or not, and how should I fix this error, as I am a Kotlin Programmer.
Can somebody please help? Would appreciate it.

As for the Kotlin version, I have the latest Kotlin Version already: 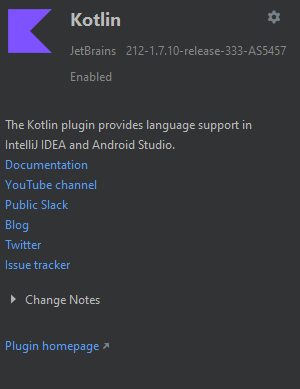 I faced with the same issue and after research I found people say that reinstalling Kotlin plugin or removing it and update Studio should solve the issue, because Dolphin already includes the Kotlin plugin by default.

BUT For sure you should NOT remove the Kotlin plugin, because otherwise Android Studio will fail launching and after that you need to find on your PC the file named ‘disabled_plugins.txt’ and remove from it Kotlin. OR completely remove Android Studio and reinstall it from the scratch.

Personally I ignored this issue and just updated the Studio. Works well and Kotlin plugin installed. Also I noticed that before update I had Kotlin version 1.7.10 and AS didn’t ask for update the plugin. After update I’ve got 1.7.20.