I have made a script based on Selenium and Chromedriver. Basically a program that login into a site. Writes a comment (From a txt file from computer) and then closes the program and no it is not a spam script but a script I have made just to begin with python and selenium.

The program itself works very well if I start it manually. Then there is no issue and chromedriver is headless since I don’t need to see the whole process chrome_options.add_argument("--headless")

Then I saw a post from here Scheduling a Python Script 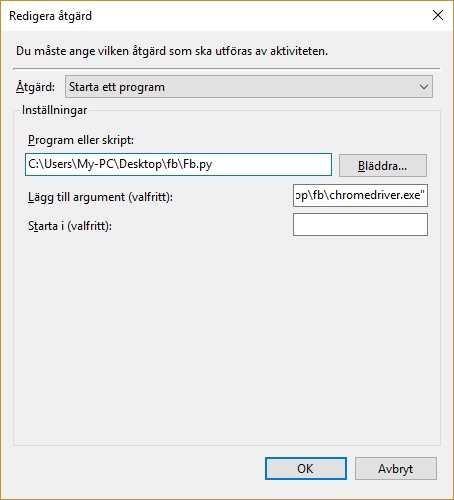 but the issue im having is that everytime it is the time and the program starts. It comes up the script and then a fast error which I managed to print

Basically I just want the script to run on the background every xx:xx time.

Please feel free to comment if needed something more information.

The driver you are using is too old and does not recognize ChromeHeadless, you need to use version 2.29 or newer: