The problem seems very difficult to reproduce (one colleage with same laptop and OS doesn’t see it) so I ask here. I put an Eclipse tag as Talend Open Studio is an Eclipse Based App.

I have the same issue than you:

And to solve this, I had to change some default config about font:

Then, on the left, go to Talend > Appearance, and change font used for "memo text font" and for "Console Text Font".

At the display, the font selector is showing the bug you described: 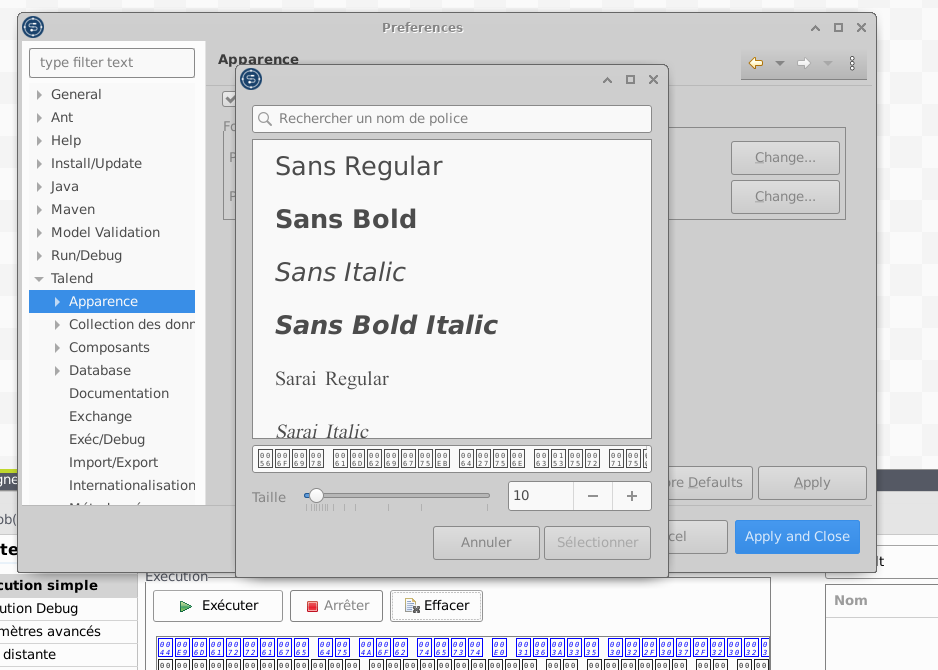 …and, by selecting other font, this bug disappears. 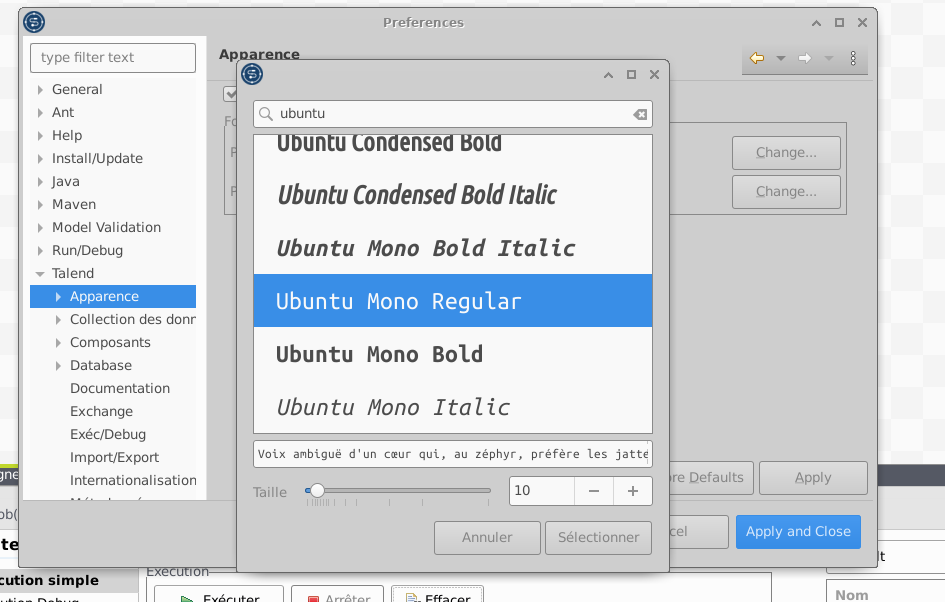 For me it is working:

Seems simple but I have spent a lot of time to fixed that.