I am working on a personal project with NextJs and TailwindCSS.

upon finishing the project I used a private navigator to see my progress, but it seems that the stroke is not working as it should, I encounter this in all browsers except Chrome.

Here is what i get :

Here is the desired behavior :

Can someone explain or help to fix this.

TL:DR
the text-shadow as proposed by @Satheesh Kumar is still the most reliable solution.

As @diopside: pointed out this rendering behaviour is related to variable fonts.
The reason for these inner outlines is based on the structure of some variable fonts.

‘Traditional’ fonts (so before variable fonts) – only contained an outline shape and maybe a counter shape e.g the cut out inner ‘hole’ of a lowercase e glyph.

Applying this construction method, you will never see any overlap of shapes. You could imagine them as rather ‘merged down’ compound paths. Counter shapes like the aforementioned hole were based on simple rules like a counterclockwise path directions – btw. you might still encounter this concept in svg-clipping paths – not perfectly rendering in some browsers). 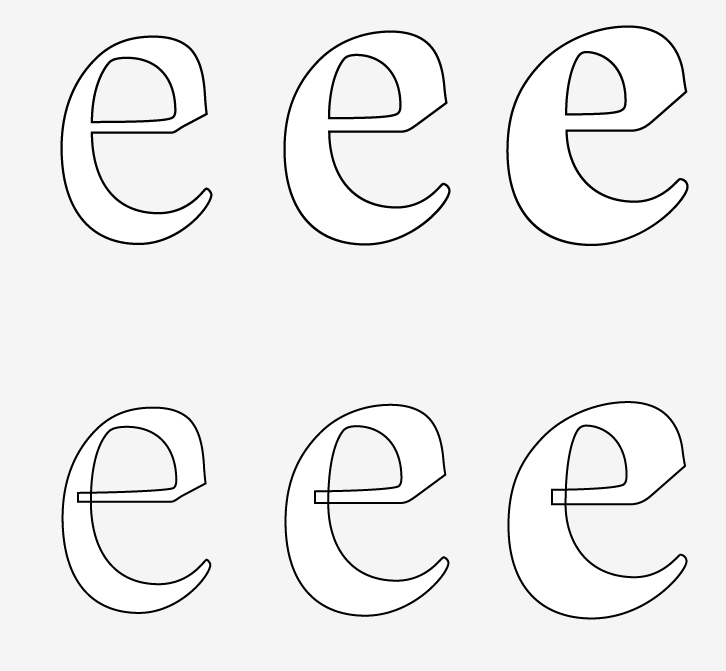 Variable fonts however allow a segemented/overlapping construction of glyphs/characters to facilitate the interpolation between different font weights and widths.

Obviously webkit-text-stroke outlines the exact bézier anatomy of a glyph/character resulting in undesired outlines for every glyph component.

This is not per se an issue of variable fonts, since weight and width interpolations has been used in type design for at least 25 years. So this quirky rendering issue depends on the used font – a lot of classic/older fonts compiled to the newer variable font format will still rely on the old school aproach (avoiding any overlap).